Having access to my home network from anywhere is the key to have my arsenal on demand. Be it for a quick look in a text file on my pc, or to remotely troubleshoot my devices, I should be able to access them when the time comes. But accessibility comes with a significant risk of security.  No one should ever expose their private network without any layer of security. I have seen most successful attack originating from the internet is due to low security or no security at all.

It is advisable to have some layer of security to mitigate the risk and implement a layer 2 VPN for the connection. I have used OpenVPN previously but WireGuard is all the buzz now. My setup is very simple, which I will be setting up my UDM Pro as the WireGuard server and my phones as the clients.

Before you proceed, you must have a good understanding of networking to be able to understand how and why the configuration is done as is. This diagram visualizes what my setup is.

Open an SSH connection to your UDM Pro, and download the latest wireguard-kmod. Please check the link below if you do not know how to enable SSH on the UDM Pro

UniFi – UDM: How to Login to the Dream Machine using SSH

When the download completes, run this to extract the contents to /mnt/data

cd into /mnt/data/wireguard and run the script setup_wireguard.sh once the extraction is complete.

This will basically will symlink to the wg binaries and /etc/wireguard and load the kernel modules. You should see something like this in dmesg.

To be able to make it persistent across reboot, you have to run the script on boot. You need to do this in the UniFi OS directly running the below command.

Back on the UDM Pro, copy the WireGuard boot script into the /mnt/data/on_boot.d/ folder. This will run on every boot, and bring up wg0 interface.

Configuration is quite easy compared to other setups.  There is a sample file provided, and you can use that as a start.

You will need to generate the key using included wg bin.

And generate the keypair for my phone

The contents of the files are the key for both configurations.

As I mentioned earlier, my setup only for my phone to access my home network. My wg0.conf on UDM Pro looks like this.

Some of you may find this is hard, so you would better off using this config generator

Run this in the terminal

You can also check the status using wg

To stop the tunnel, run

Before you start connecting,  you need to allow incoming wireguard packet through the configured listen port, which in my case is 44333, you can change it to suit your environment.

Depending on your UDM Pro UI, you need to configure a firewall rule on you WAN LOCAL. Please refer here how to get there.

Configure it like this. You need to add a new port group.

For easy config on the phone, you can generate a qr code and scan it by running this

On the phone, install WireGuard app and scan the barcode.

Well, that’s it. You now have a running a secure tunnel to your home network.

If you have multiple WAN uplink, you can use this script to failover to which WAN connection is available.

This goes into /mnt/data/on_boot.d folder.

Hi all, this is some guide on how you can install slackware on your ARM device.

This is based on the documents by Stuart Winter on installing slackware on ARM devices.

check it out here..Installing Slackware on ARM device 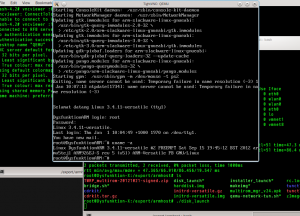 Eric Hameleers (alienBOB of the Slackware Core team) has begun a 32-bit ARM hard float port of Slackware. This port will allow Slackware users to maximise the performance of the newest ARM devices (ARMv7 and greater). The project is currently focusing on supporting the Samsung 2012 ARM Chromebook.

So i guess later on the whole process might be a little simple than the previous one. here’s the link to his blog.

OK basically this is just to share how I compiled dsniff 2.4 in my box.

during make, I encountered this error.

Below is the fix.

Please also change this.The function arp_cache_lookup does not use the correct interface when running under Linux .. it always uses interface “eth0”.

cd to dsniff-2.4, find arp.c and edit the following:

Save the file and recompile dsniff. 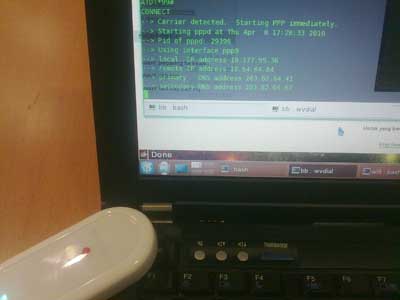 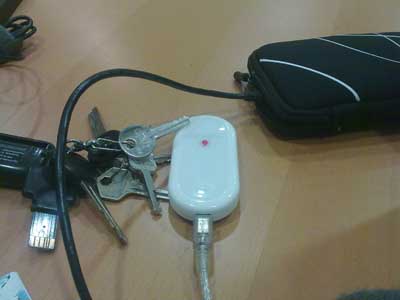 I was setting up samba to allow my shares available for windows users. However, i got frustated when if failed to start. I was wondering what could cause it since from previous 12.2 slack it was ok.

I started checking the logs in /var/log/samba/* and tried to dismantle through the errors.

core dump? oh shit, not another bug… damn.. It made me disbelief as it was working fine before….

I did numerous test to pin down the root cause.

Then i realized that the problem lies in the smb.conf file. I checked the /etc/samba/smb.conf  file. I run testparm to check what could be the problem.

What the f u ck man! I knew it when i first saw it. The file:// is appending at every directory configurations.

I quickly remove every occurance of  file:// and restarted samba and hell yeah! It resolve the problem.

How the hell does the config change like that?

The fix would be in KDE 4.3.0. However if you have the sources, just update with the latest SVN.

Are you sure you want to delete clan?